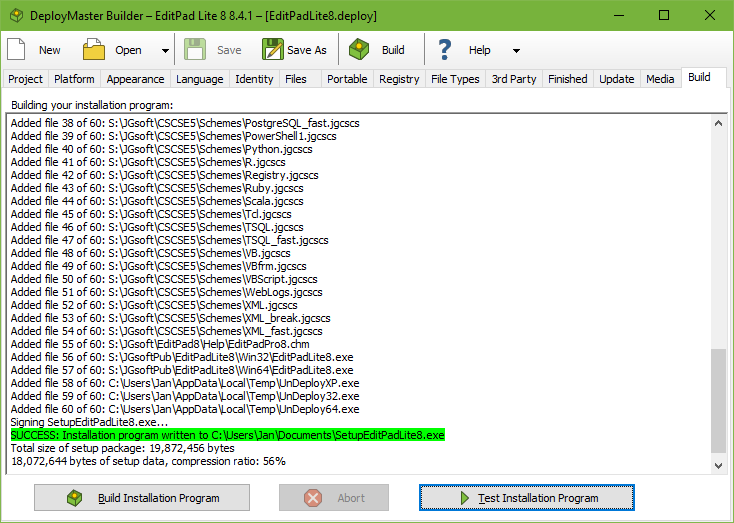 Click on the Build button in the toolbar to start generating the deployment package that will install your software.

DeployMaster uses the LZMA algorithm which achieves high compression ratios thus producing smaller setups that can be downloaded faster. But the LZMA algorithm is quite slow when compressing files. If your PC has multiple CPU cores (and your setup has as many files), DeployMaster will use all CPU cores while building your setup. The build log lists files when they have been written to the final setup.exe. If your setup contains files that are significantly larger than other files, then the build log may appear stalled at certain times while jumping ahead at other times. This is normal. Eventually all files will be written to your setup.exe and listed in the log.

You can also build the package from the command line with the /b parameter. Use DeployMasterCmd.exe if you want to add DeployMaster to a batch file or a build process that uses standard I/O.